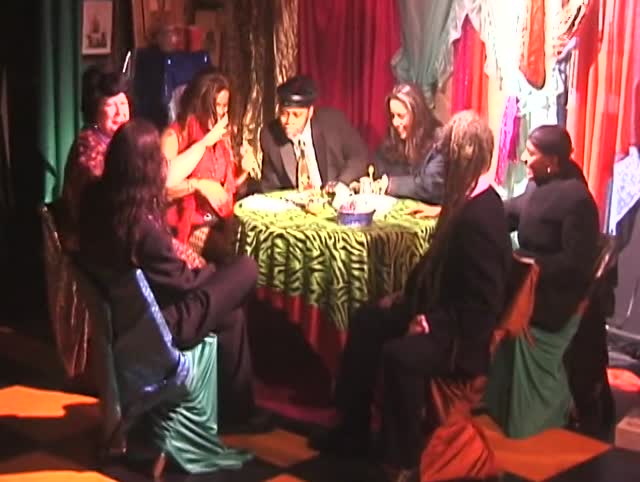 Summary: Susana Cook (www.susanacook.com) is a New York-based Argentinean theater and performance artist. Mainly directed to queer and Latino communities in New York City, Cook's work also encompasses a heated response to broader State policies that oppress communities defined in the intersection of race, gender, and class. In her shows, Cook parodies discourses of power, drawing attention to the close ties between the state, religious and political conservatism, and the military. Cook's plays usually feature all-women casts that defy the normative performance of gender, race, and sexuality. 'Hamletango, Prince of Butches' is an adaptation of 'Hamlet, Prince of Denmark' for an all-women's cast. In this play, all the original elements of Shakespeare's play appear rearranged, transformed. Here, the prince is a woman and the ghost is her mother. If in the original drama the ghost of the father comes back asking his son for revenge, causing a tragedy where everybody dies, in this version the ghost of the mother does not come back asking for revenge. Ophelia appears here as a good swimmer, but the audience still witness her funeral - and so does she, next to the other characters, bringing together the living and the dead, ghosts and ashes. The tragedy, then, becomes a comedy. At the end of the drama - as in the original 'Hamlet' - a group of clowns comes to tell 'what really happened.' Represented as peasants who just witnessed the death of the whole royal family in the hands of each other, the clowns find themselves in a palace full of clothes, food, and wine, without a King, a Queen, or a Prince. So they dress with their clothes, drink their wine, and celebrate.