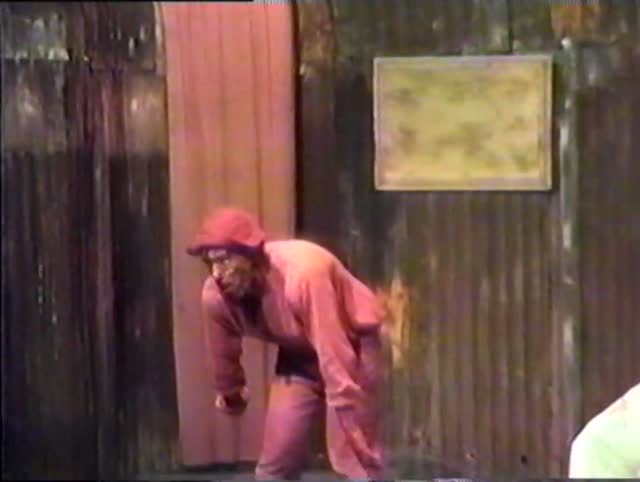 Summary: Based in Porto Alegre, The Tribo de Atuadores Ói Nóis Aqui Traveiz was born in 1978 out of a desire for a radical renovation of the language of theatre. During the several years of their existence, they have created a personal aesthetics founded upon the authorial work of the actor, both on the stage and on the streets. Their venue, the Terreira da Tribo de Atuadores Ói Nóis Aqui Traveiz, works as a community theatre school, offering several free workshops open to the public. Their tribal organization is based on the principle of collective work, both in the creative process and in the maintenance of the space. For Ói Nóis Aqui Traveiz, theater is an instrument for both revealing and analyzing reality, and it's function is social: to contribute to the collective knowledge and to the improvement of the quality of life of the people. In a world marked by exclusion, marginalization, homogenization, by dehumanizing and barbaric efforts, they see it as their moral imperative to denounce injustice, sold opinions, authoritarianism, mediocrity and the erasing of memory. Ói Nóis sees theatre as an art of resistance, in the service of arts and politics, an art that does not fit the market patterns for ethics and aesthetics. Instead, they see theater as a way of life and as a vehicle for ideas: a theater that does not comment on life, but that takes part in it.

Summary: In this staging of Beckett's Endgame, the audience has to cross a long tunnel covered in zinc plates to arrive at the desolating image of the four characters, physically limited and trapped in between walls of zinc, consumed by relationships of anguish and resentment. There is a silent and desperate pact between them, where Hamm is the despot who gives the orders which Clov obeys, but it is Clov who determines if the game goes on or not, since he could leave at any time and the others would die. The whole story revolves around the fear that he may leave, but he doesn't, because there is nowhere to go. Even in the end, when he ceases to answer the request of the blind Hamm, Clov stands by his side, still and silent, with a suitcase in hand. Everything ends as it began, and nothing happens.