Augusto Boal and the Theater of the Oppressed [videorecording]. 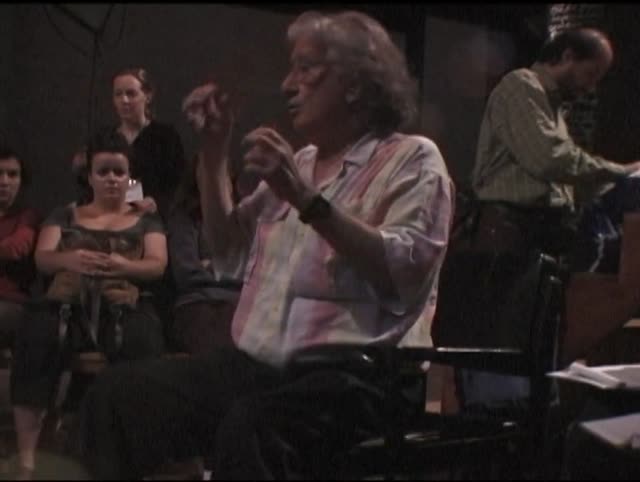 Summary: Augusto Boal is an innovative and influential Brazilian theatrical director, writer, pedagogue and politician. He is considered to be on of the most important creators of political theater since Brecht. Boal is the author of Theater of the Oppressed, Games for Actors and Non-Actors, Rainbow of Desire, Legislative Theater, among others. He was a Member of Parliament for Rio de Janeiro from 1993-1996. Boal is the founder of Theater of the Oppressed, a political theatrical form originally used in radical popular education movements, growing up alongside Paulo Freire's Pedagogy of the Oppressed. Theater of the Oppressed is a system of games and special techniques that aims at developing, in the oppressed citizens, the language of the theater, in order to help them fight against their oppressions and to transform the society that engenders those oppressions. The word Oppressed is used in the sense of s/he who has lost the right to express his/her wills and needs, and is reduced to the condition of obedient listener of a monologue. It must be used as an instrument of concrete social transformation, a tool of fighting against all forms class oppression, racism, sexism, and all kinds of discrimination. In this workshop and keynote address, celebrated in the context of in the context of the first Encuentro of the Hemispheric Institute of Performance and Politics, held at Rio de Janeiro, Brazil in 2000, Boal talks about the history and coordinates of the Theater of the Oppressed. He also shares with the participants some of the ludic exercises included in Games for Actors and Non-Actors. The workshop ends with a demonstration of Forum Theater, with performances by two groups linked to the Centro de Teatro do Oprimido: Grupo Artimanha (on issues of AIDS and homosexuality) and Grupo Panela de Oppresão (on the forced displacement of disempowered, marginalized communities).