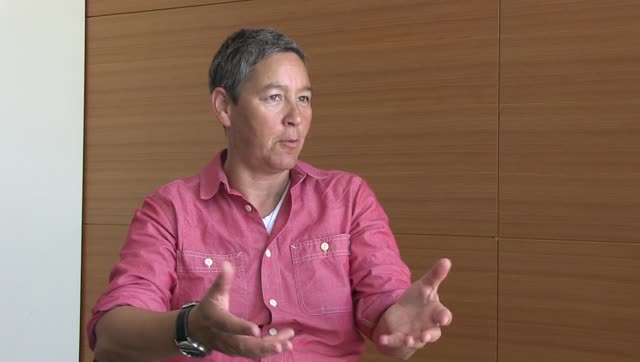 Summary: Jack Halberstam is Professor of American Studies and Ethnicity at the University of Southern California. Halberstam is the author of five books including: The Queer Art of Failure, and Gaga Feminism. Halberstam is currently working on several projects including a book titled THE WILD on queer anarchy.

Summary: The Hemispheric Institute's 9th Encuentro, held at Concordia University in Montréal, Canada, sought to explore the multiple valences of the term MANIFEST! How are performances mobilized and syncretized in civic, community, and cultural contexts to create manifold forms of political expression? How do public, theatrical events produce ‘evidence’ that manifests ideas otherwise invisible, hidden, or unspeakable? What new manifestations, manifestos, festivals, and manifs emerge via our changing visions of political spaces, intellectual arenas, and the everyday street? The 2014 Encuentro invited artists, activists, and scholars to engage with and investigate the aesthetic, social, and choreographic techniques that transform political ideas into collective images, through actions, embodied utterances, and ways of being. Such questions resonated in the host city of Montréal, where la manifestation has a rich and ongoing history.