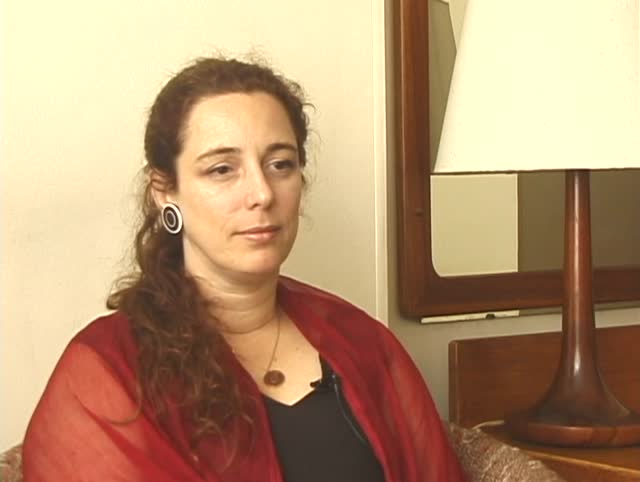 Summary: Interview with Tania Bruguera, conducted by José Muñoz, during the 7th Encuentro of the Hemispheric Institute of Performance and Politics, held in August of 2009 in Bogotá, Colombia under the title 'Staging Citizenship: Cultural Rights in the Americas.' In this interview, Tania Bruguera talks about her take on how her particular performance-related work makes a political intervention in the public sphere. This interview complements Bruguera's performance 'Double Album: Two Simultaneous Performances,' showcased in this 10-day event, which brought together activism, scholarship, and art around the themes of legacies, memories, struggles, and frontiers of citizenship. Tania Bruguera is a political artist who works primarily in behavior art (arte de conducta). Her work explores the role of the audience in performances and the relationship between ethics and desire. In 2002 she created the Cátedra Arte de Conducta, the first center in Havana dedicated to the study of political art.