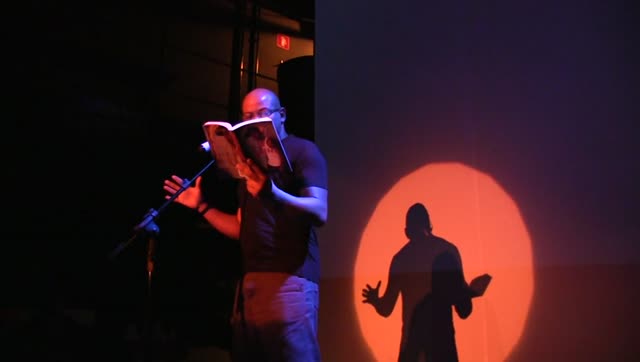 Summary: The 8th Encuentro of the Hemispheric Institute sought to examine the broad intersections between urban space, performance and political/artistic action in the Americas. From the critical poetics of body art to the occupation of public space by social movements, the event invited participants to explore the borders, identities and practices through which subjectivities, hegemonies and counter-hegemonies are constructed in the spaces of the city and beyond. Charles Rice González reads from his novel Chulito: the story of a tough, hip-hop loving young man coming out in the South Bronx and the impact that it has on his neighborhood. It is also a story about the transformative power of love. In this trasnocheo performance, González reads from one of Chulito's dream sequences.

Summary: Born in Puerto Rico and reared in the Bronx, Charles Rice-González is a writer, long-time community and LGBT activist, the co-founder of BAAD! The Bronx Academy of Arts and Dance, and a Distinguished Lecturer at Hostos Community College - CUNY. He received an M.F.A. in Creative Writing from Goddard College. His debut novel Chulito (Magnus Books 2011) has received nearly a dozen awards. He serves on the boards of the Bronx Council on the Arts and the National Association of Latino Art and Cultures.