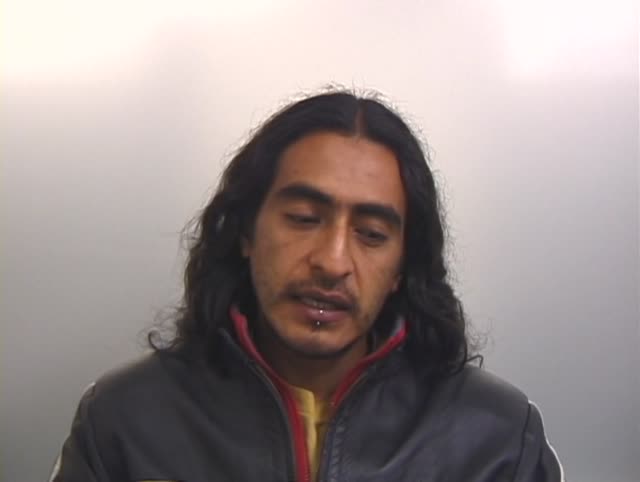 Summary: In this interview, conducted by Marcial Godoy-Anativia, associate director of the Hemispheric Institute of Performance and Politics, Moysés Zúñiga Santiago talks about his photo exhibit presented in NYC in 2010. His photos portrayed the conflict in Mitzitón, located near to San Cristóbal de las Casas, Chiapas. Zúñiga explains the political and religious confrontation, as well as the presence of the Zapatismo in this zone. He also speaks about the role of the photojournalist, which must aim for social denounce – given the silence of the mainstream media – in spite of the danger that it involves. Finally, he discusses recent events in Mexican history, and he comments how his recent visit to New York City provoked reflections about life in the streets, and the social, linguistic, and racial contrasts that he noticed.

Summary: A native of San Cristobal de Las Casas, Moysés Zuñiga Santiago began his study of science and technology at the University of Xalapa in Veracruz in 1998 where he worked in television, photography and radio. In 2003, he began work in Xalapa at Diario AZ as a photojournalist and was subsequently hired by Milenio de Veracruz as the photography editor. Beginning in January of 2006 he served as the correspondent for Mexican photography agency Cuartoscuro during Subcomandante Marcos’ ‘Other Campaign’ and traveled the entirety of Mexico with Marcos. During this time, Zúñiga also worked with the Associated Press (AP), EFE (Spain), and Agence France Press (AFP). Since 2007, Zúñiga has worked with La Jornada in San Cristóbal de Las Casas and covers the Chiapas region for the Associated Press and EFE. In 2009 he received a Rory Peck Training Fund grant for freelance journalists in high-risk areas from the Rory Peck Trust.