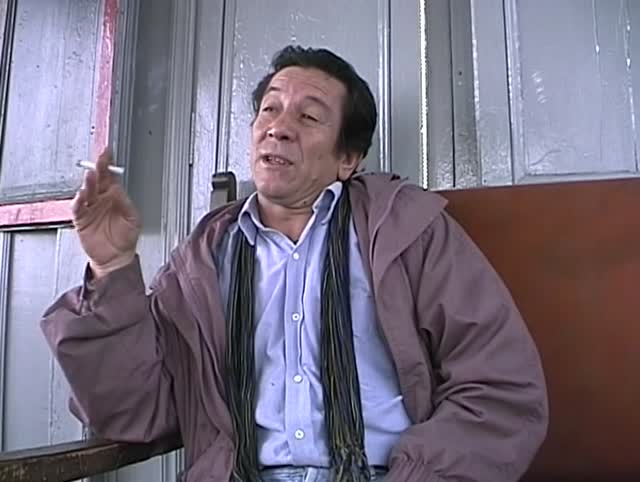 Summary: Interview with theater director and founder of street theater ensemble Teatro Taller de Colombia, Mario Matallana, conducted by Chicano theater scholar Alma Martinez. In this interview, Matallana talks about the strong experiential, aesthetic and political ties between his theater work and Chicano theater, especially in relation to the work of Luis Valdez and El Teatro Campesino. Issues of Latino and Latin American identity and solidarity are discussed, as well as the limits and possibilities of political theater as a tool for aesthetic exploration and social intervention. Mario also comments on the aesthetic coordinates of street theater, characterizing the work in Teatro Taller as one devoted to the creation of a 'text of images' through choreography of movement; he considers this type of performance to be political, but with a different language, one that broadens the theater audience and addresses current sociopolitical issues in new expressive ways. As a big discipline with different branches and traditions that can contribute and enrich one another, street theater has inspired Teatro Taller (www.teatrotallerdecolombia.com) to create and produce the Festival Internacional de Teatro Callejero al Aire Puro ('Open Air International Street Theater Festival') in Colombia. Matallana comments on the importance of this effort in the context of the trajectory of Teatro Taller; furthermore, he talks about some of the plays in their repertoire ('Génesis', 'Las sombras del olvido'), paying special attention to how their aesthetic as a street performance troupe has developed - influenced by international artistic collaboration - over the years.