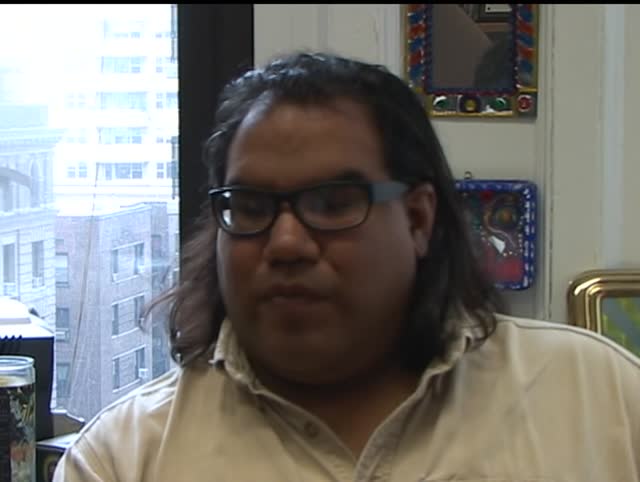 Summary: In this interview, filmmaker Chris Eyre (www.chriseyre.org) talks about the reasons why he went into filmmaking, his early years as a filmmaker at NYU, and the influence he felt this educational foundation had on his work. Chris also reminisces about his early career, at a time when independent film was still a force in the media world, and the burgeoning Native film community that sprung up during this period. The discussion leads to Eyre's landmark film 'Smoke Signals' and the direction the success of the film took him personally and professionally. The success of this film lead the artist to a feeling of greater responsibility to represent and to gain knowledge about other tribes since he became an involuntary spokesperson for Native people. As a filmmaker at the beginning of his career, interviewer Andrew McLean (Inupik) directed several questions to Eyre about negotiating the film world as a minority producer. Chris acknowledged the existing pressures to be 'issue oriented' and stated that the fact that a Native person was on film makes it a political piece. Eyre reflects on some of his films such as 'Skins' (which he made to illustrate the poverty on the Pine Ridge reservation, and consequently did not have a successful run), and contrasted it with his character-driven films such as 'Smoke Signals' and 'Edge of America,' which have a more universal appeal. Finally Chris relays Andrew, who come form a whaling Nation, his excitement about an upcoming project on the Makah Whale hunt that took place in May 17, 1999 at Neah Bay.