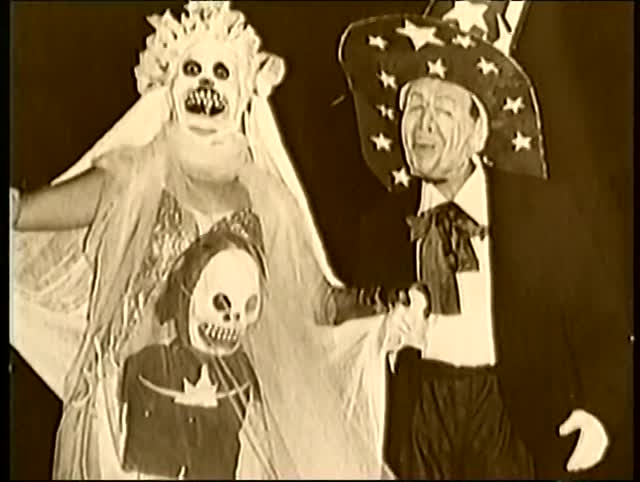 Summary: This documentary, created for the 25th anniversary of Grupo Cultural Yuyachkani, is a must-see for anyone interested in the work of this renowned Peruvian theater group. This documentary features interviews with Miguel Rubio (director of the group), other group members, and several renowned archaeologists, critics and theater experts of Peru, including anthropologist Rodrigo Montoya, historian María Rostworowski, director of the Escuela Internacional de Teatro de América Latina y el Caribe (EITALC), Osvaldo Dragún, and Hugo Salazar, a prominent Peruvian theater critic. The documentary also includes footage of performances 'Músicos Ambulantes', 'Encuentro de Zorros', 'Baladas del Bien-Estar', 'Son de los Diablos', 'Contraelviento', 'Adiós Ayacucho', 'Yuyachkani En Concierto', 'No Me Toquen Ese Valse', 'Hasta Cuándo Corazón', 'Retorno' and 'Pasacalle', all works that the group performed within its first twenty-five years of theater work. The documentary discusses the progression of the group, from an ensemble of young students eager to explore theater, to an integral element of Peruvian society responding to the cultural and political issues of Peru. This documentary shows Yuyachkanis relationship to the community and nicely illustrates the history of the plays and the theater group itself. Perus most important theater collective, Grupo Cultural Yuyachkani (www.yuyachkani.org) has been working since 1971 at the forefront of theatrical experimentation, political performance, and collective creation. Yuyachkani is a Quechua word that means I am thinking, I am remembering; under this name, the theater group has devoted itself to the collective exploration of embodied social memory, particularly in relation to questions of ethnicity, violence, and memory in Peru. The group is comprised of seven actors (Augusto Casafranca, Amiel Cayo, Ana

Summary: Correa, Débora Correa, Rebeca Ralli, Teresa Ralli, and Julián Vargas), a technical designer (Fidel Melquíades), and an artistic director (Miguel Rubio), who have made a commitment to collective creation as a mode of theatrical production and to group theater as a life style. Their work has been among the most important in Latin Americas so called New Popular Theater, with a strong commitment to grass-roots community issues, mobilization, and advocacy. Yuyachkani won Perus National Human Rights Award in 2000. Known for its creative embrace of both indigenous performance forms as well as cosmopolitan theatrical forms, Yuyachkani offers insight into Peruvian and Latin American theater, and to broader issues of postcolonial social aesthetics.